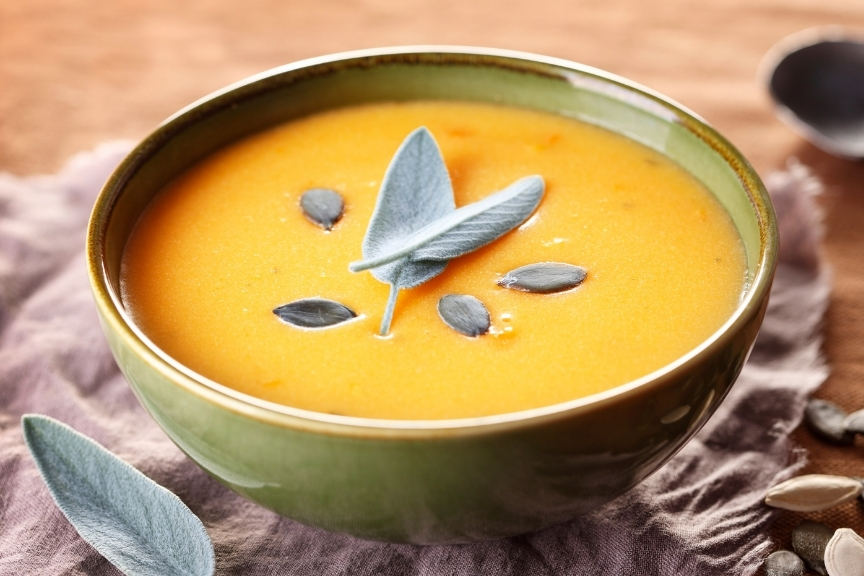 A bowl of this Savory Pumpkin Sage Soup hits the spot on a cold fall evening. Packed with fiber and nutrients, this is one recipe that will help you feel good and look good, too. 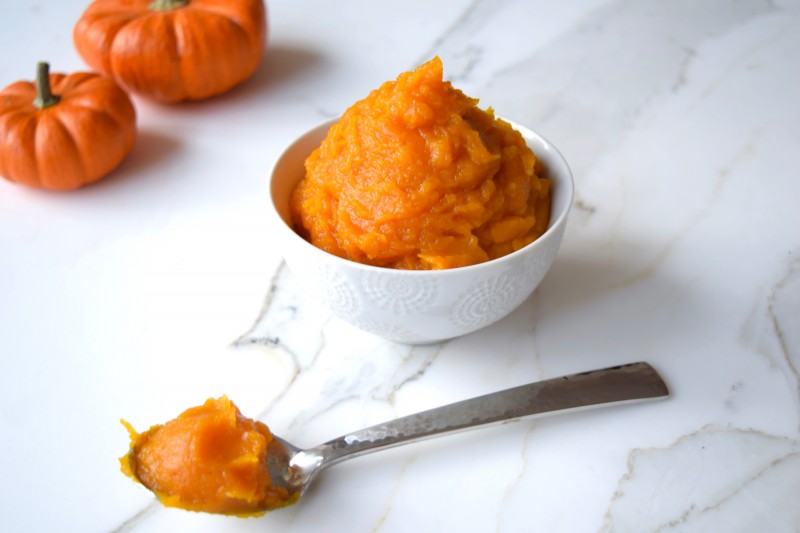 Fresh pumpkin, while easy to come by and easy to cook, is often neglected in American kitchens. Growing up – I was taught pumpkins were for carving and painting – and that pumpkin pie was made with the dark orange mush that came in the can.

But, in other parts of the world, notably Australia, parts of Asia, and parts of Europe – pumpkin is used as a vegetable (although it’s technically a fruit) in a variety of savory dishes.

When most people think of pumpkin, what they’re probably actually thinking of is pumpkin pie spice – the fragrant blend of cinnamon, nutmeg, clove, ginger, and often allspice and mace, too- that impart a distinct flavor that everyone now associates with pumpkin.

But the truth is…pumpkin isn’t actually sweet. It’s the spices – and inevitable the added sweetener – that turn pumpkin-flavored foods and beverages sweet. (As cinnamon and allspice add a sweet flavor, even though they don’t contain sugar).

Pumpkin tastes like butternut squash – but less sweet. It also has a different – and even better – texture in my opinion. It gets soft yet is still firm and dense – it mashes and purees well, but can be eaten roasted or stir-fried, as well.

In this recipe, it is not sweet at all. Instead, this savory pumpkin sage soup packs some serious deep, rich umami flavor. 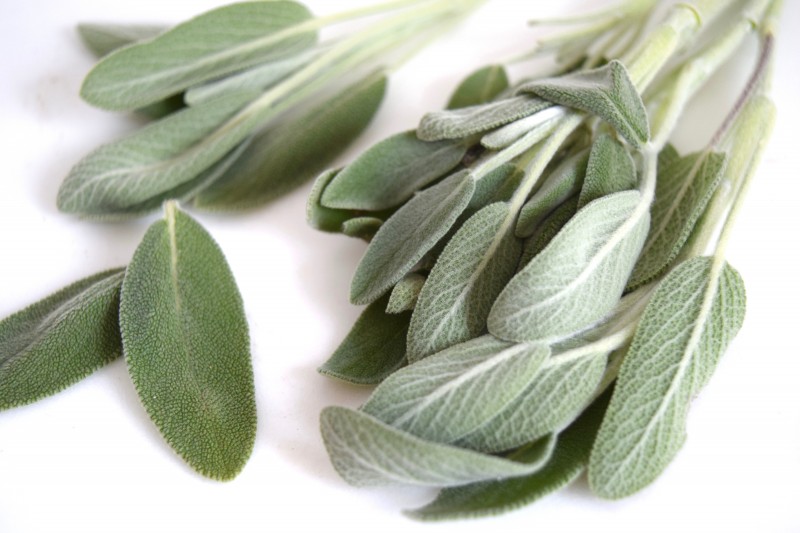 Sage is another delightful addition to the kitchen, that is also often underused. Besides adding distinct flavor, it may also:

You can simply steep the leaves in hot water to make a sage tea (dubbed “Thinker’s Tea”) or slice them and use them in cooking, like in this savory pumpkin sage soup. 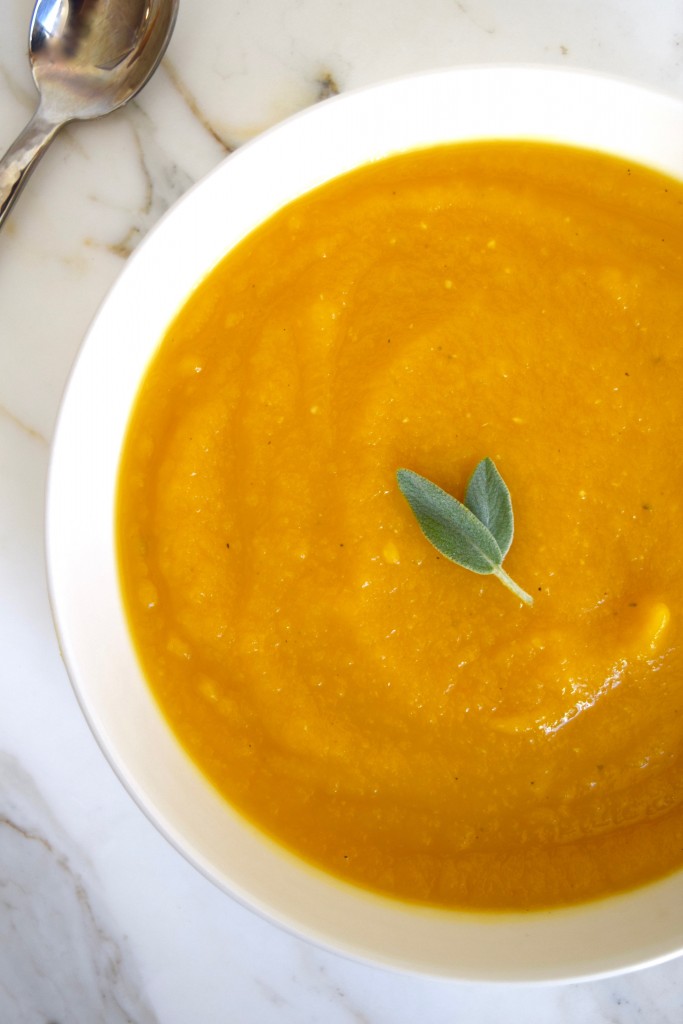 Note: if you make the pumpkin soup from scratch using fresh pumpkin, this recipe will take about an hour. I do recommend this route, as it tastes infinitely fresher! If you’re short on time, canned is an option, or consider steaming the pumpkin ahead of time. This will reduce it to about 40 minutes.

If you try this recipe, let me know! Leave a comment, rate it (by clicking the stars in the upper right of the recipe card, below). And don’t forget to tag a photo @mariamarlowe or #healthybymarlowe on Instagram or Facebook. I’d love to see what you come up with! 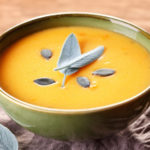 *Sugar pumpkin is not sweet, but that is what the "cooking" version is called in stores.
**Pour soup into pint size mason jars for an easy, single serve grab and go lunch. Pair it with a salad or rainbow bowl.
Soup should last up to 7 days. 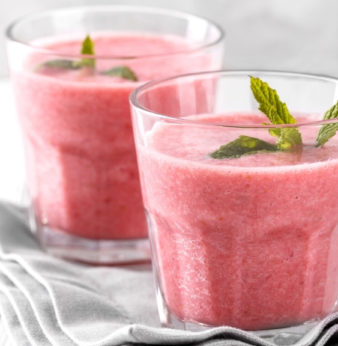 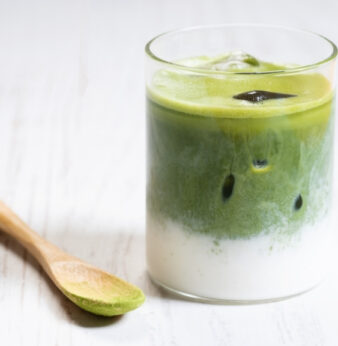 Matcha tea offers a plethora of benefits, but if I'm honest with you, it tastes a little too much like grass to me. While I can't get it down as a hot tea, I do love it as an iced coconut matcha latte. I can drink one every day! 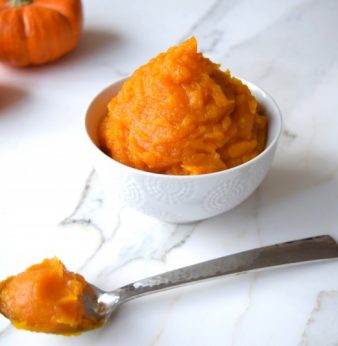 How To Make Pumpkin Puree From Scratch

Skip the canned pumpkin with this easy pumpkin puree recipe, ready in less than 30 minutes. (Video demo below!)