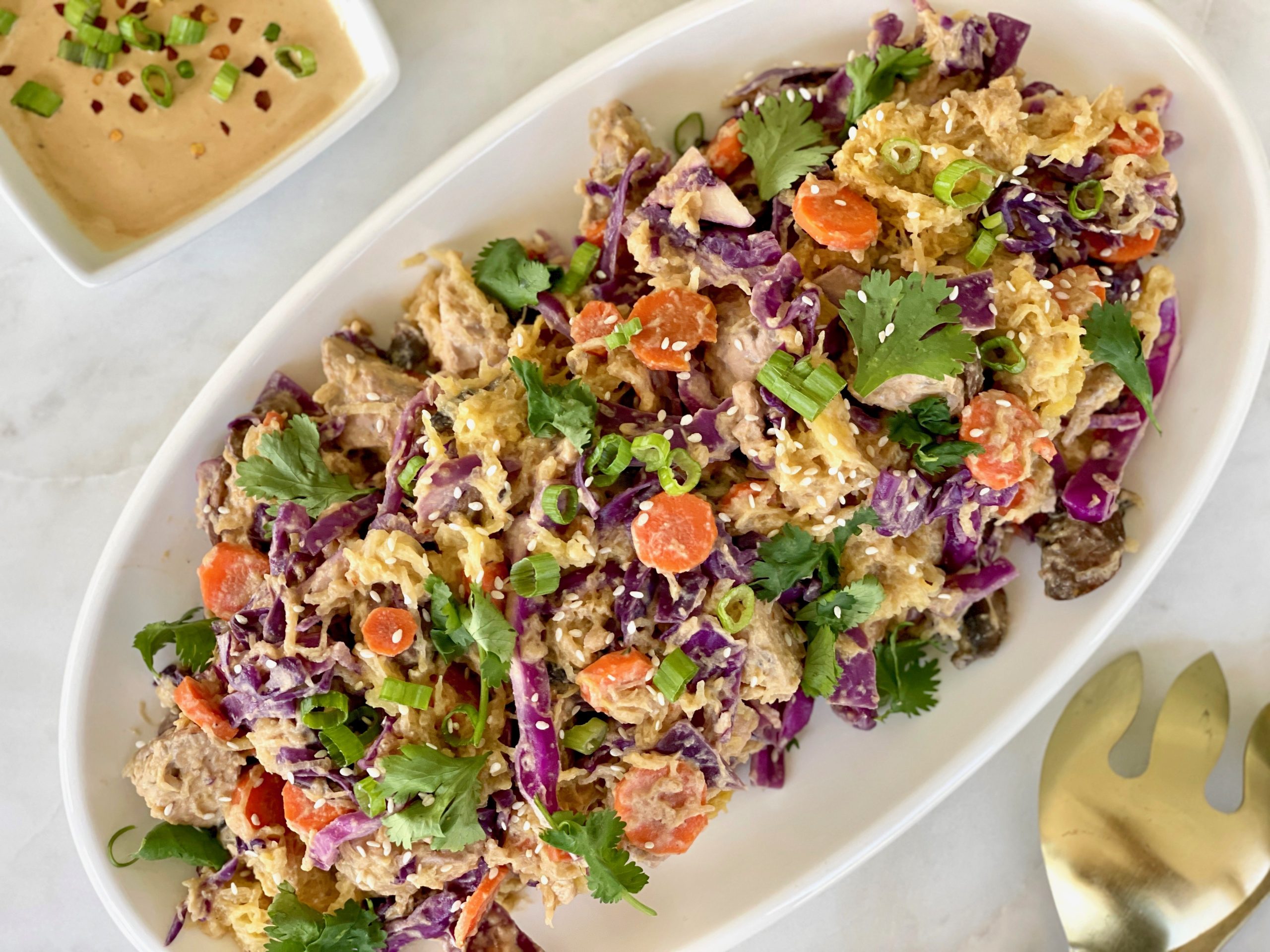 A fruit that doubles as spaghetti?

Spaghetti squash gets its name from the fact that when roasted, if you run a fork over the flesh it separates into spaghetti-like strands. And while we tend to think of it as a vegetable, it’s actually a fruit (since it has seeds).

This spaghetti squash pad thai looks intricate and interesting but is really quite easy to whip up. You don’t have to add extra veggies, like cabbage and carrots, but I did for a pop of color and boost in nutrients. And the almond butter dressing? You’ll want to eat it with a spoon.

I also don’t like to waste anything, so I dry roasted the spaghetti squash seeds, 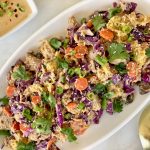 You can roast the squash seeds just as you would pumpkin seeds, and use them as a snack or to add crunch to this dish. Try this quick stove top version: combine 1/4 tsp turmeric, 1/4 tsp smoked paprika, 1/4 tsp chile powder, 1/8 tsp salt in a small bowl. Heat a skillet over medium low, lightly brush on sesame oil, then add seeds. Stir occasionally for 2 minutes and then add spices. Stir occasionally for another 3-4 minutes, until seeds are puffed up and crisp, but spices not burned. 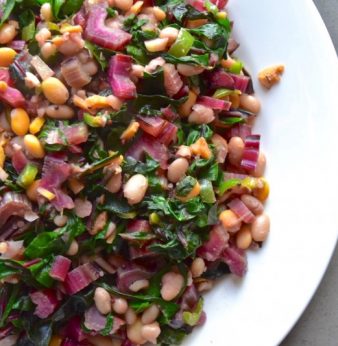 This hearty and flavorful, one-pan meal is as delicious as it is nutritious. Ready in less than 15 minutes, this will be a weeknight recipe you put on repeat. 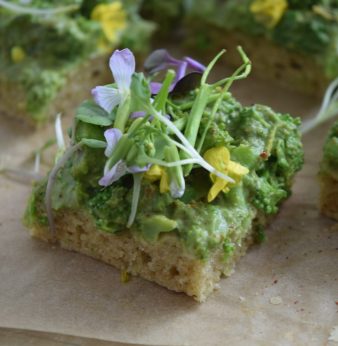 This Paleo Broccoli Pesto Pizza is so easy to make and will have you looking forward to dinner time. 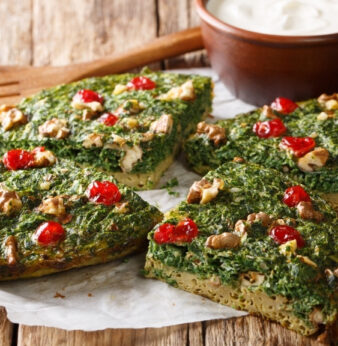 Kookoo Sabzi is a traditional Persian dish that is similar to a frittata but flips the ratio of eggs to herbs, hence its vibrant green color. Aromatic and flavorful, this one-pan dish is easy to whip up and makes for a perfect brunch, lunch, or light dinner entree.