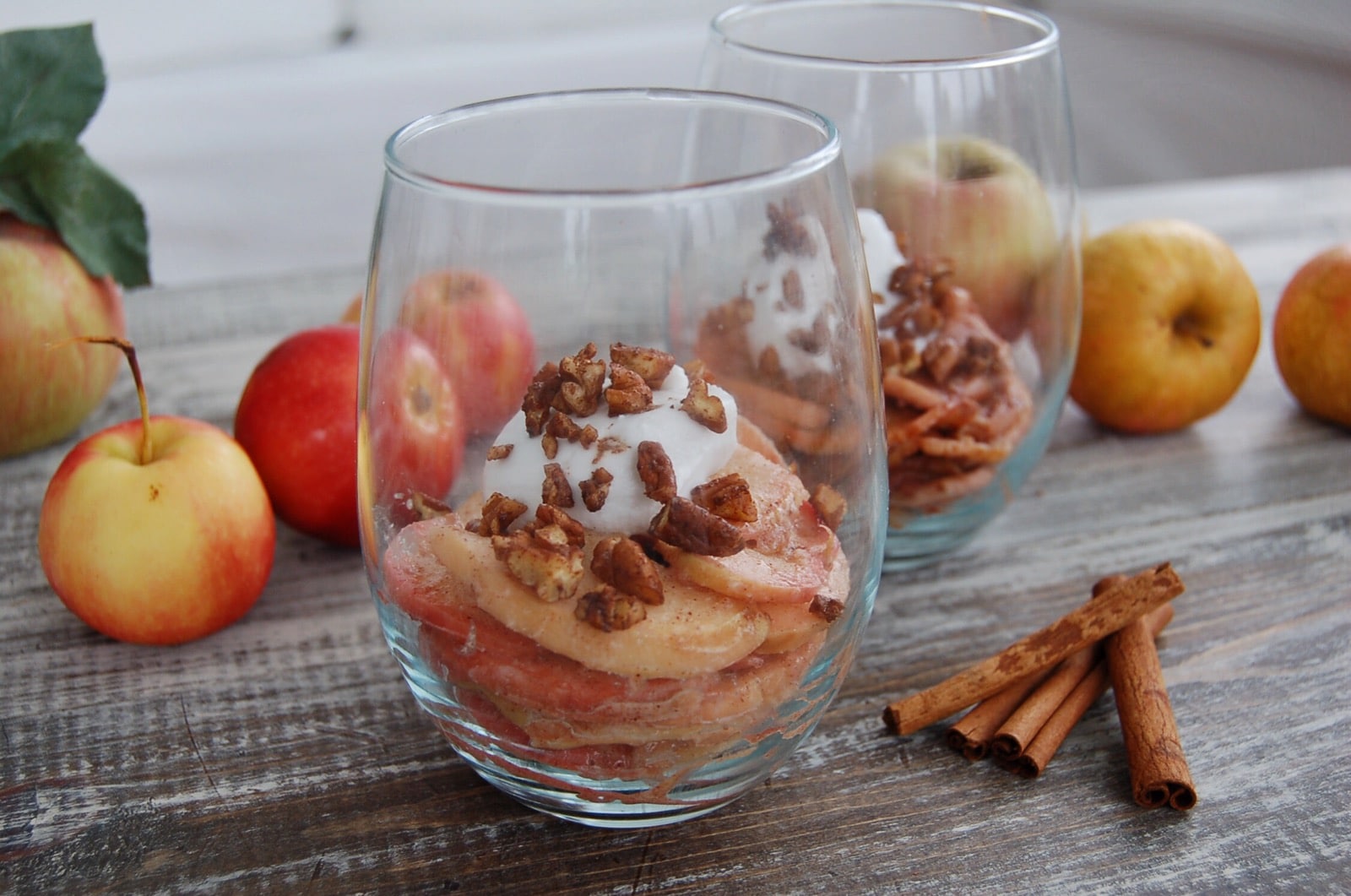 The inside of any pie is always the best part…so skip the crust with this vegan apple pie in a glass.

After a trip upstate to an organic apple farm last weekend, I had tons of apples, so my friend and I decided to bake them into a pie. My first attempt at a vegan, gluten-free pie crust was a fail, but the apples turned out ahh-mazing. So I figured, who needs a crust, anyway?! 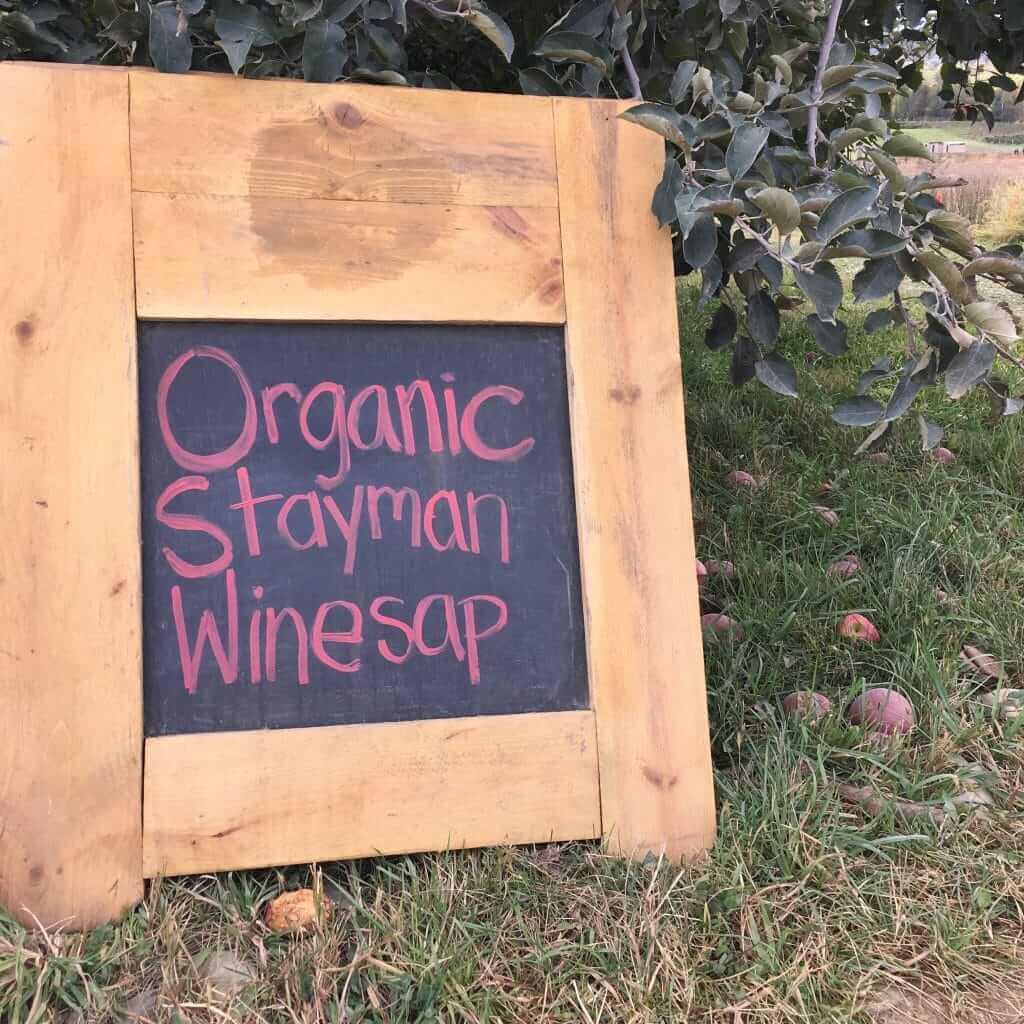 This is a fun weekend breakfast if you’re having people over for the holidays, or you can make a batch for yourself on Sunday, and then just reheat throughout the week, or eat at room temperature…still absolutely delicious. 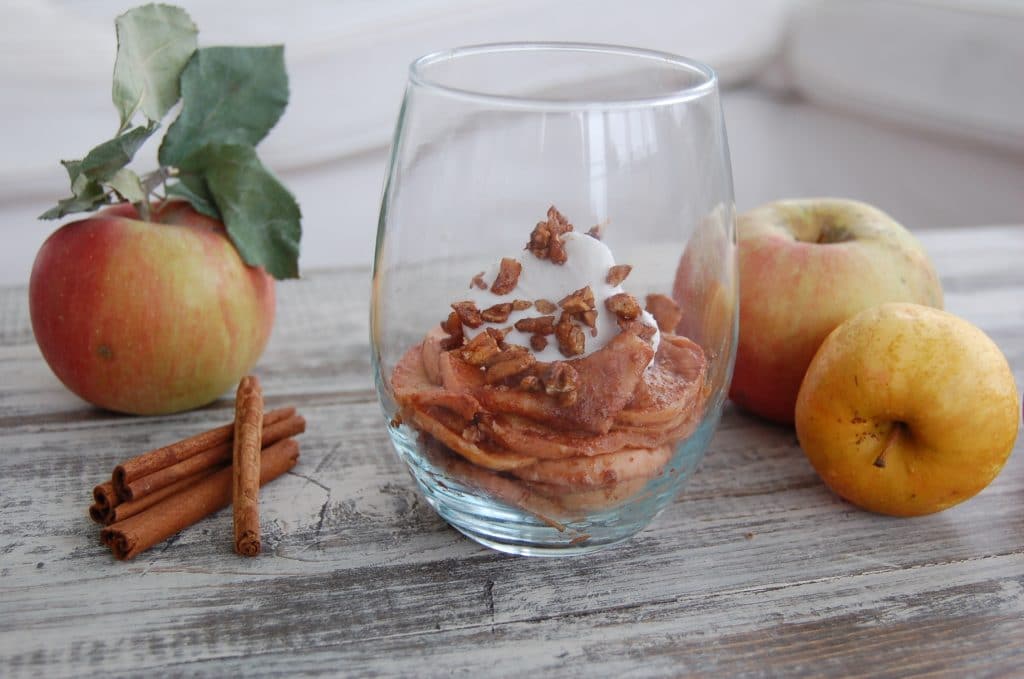 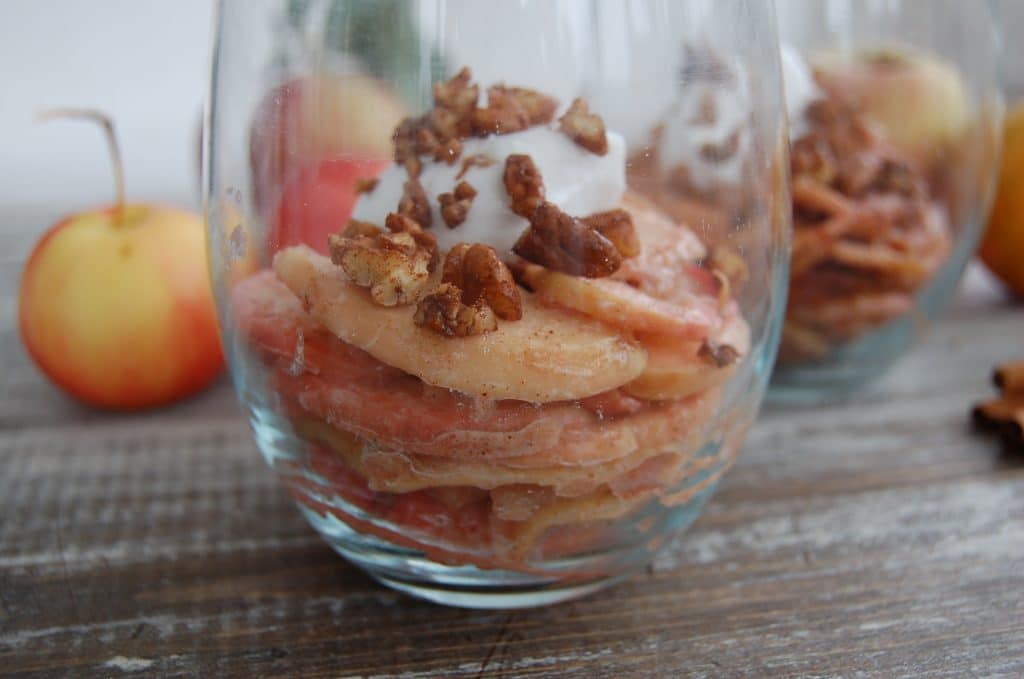 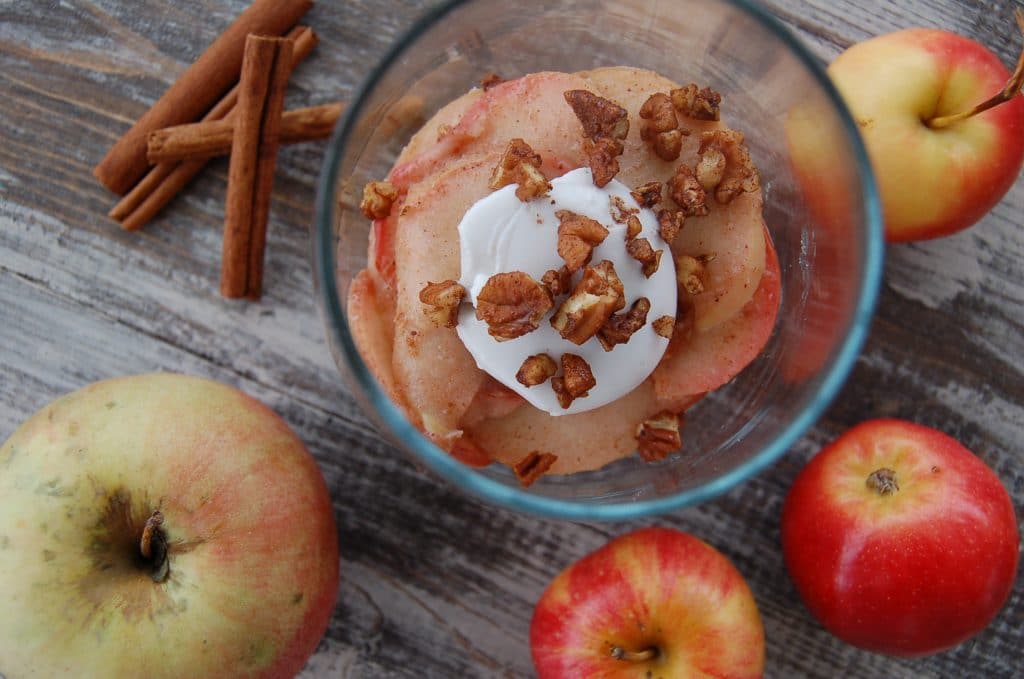 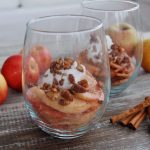 *When you refrigerate canned coconut milk, the milk and cream separate, making it easy to scoop out.
You generally can't get cream from boxed coconut milk.
**Immediately after you take the can out of the refrigerator, open carefully. The cream will have risen to the top, and it will extend about 1/3 or 1/2 way down the can. Gently spoon out the cream, careful not to get any of the liquid beneath it. Reserve the coconut milk liquid for smoothies, soups, or other preparations. 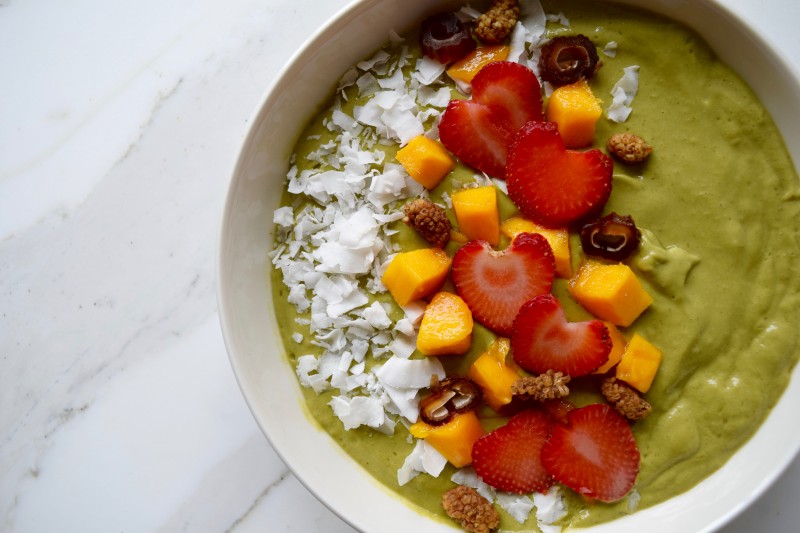 Energize your morning with this creamy mango match smoothie bowl. 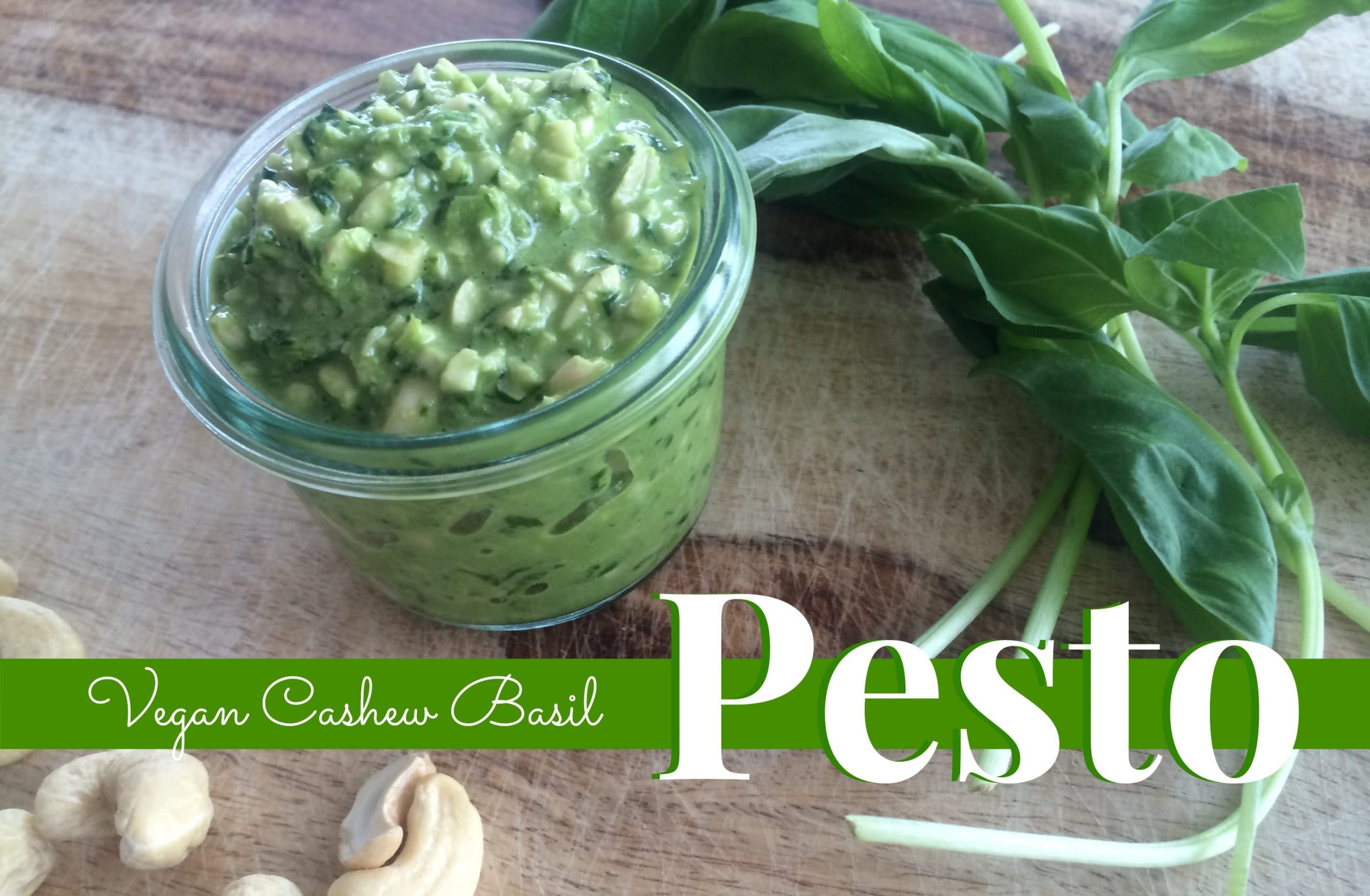 Divine is really the only way to describe this pesto. I found if hard to stop spooning it right out of the jar and into my mouth. 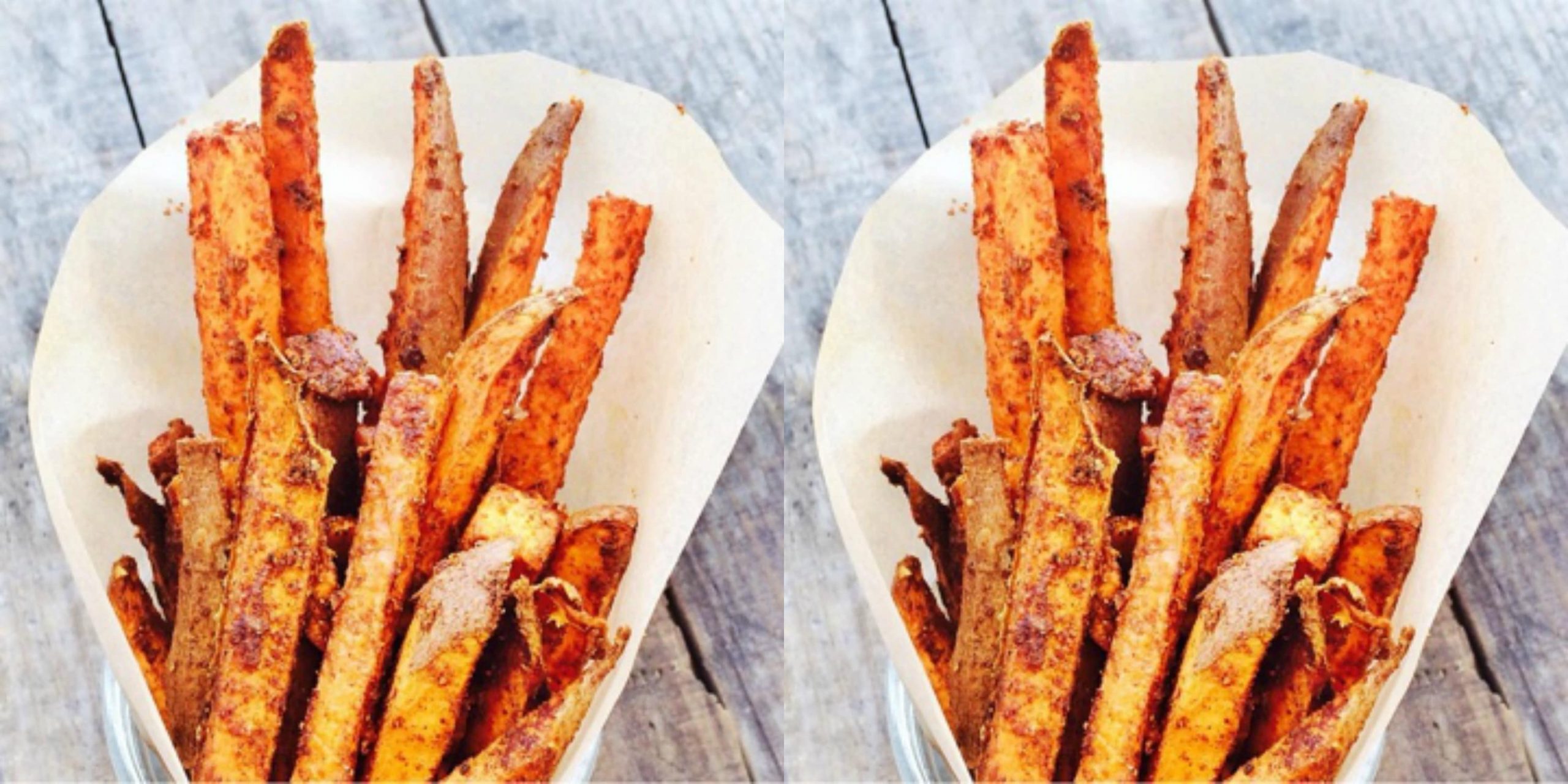 These spicy sweet potato fries are the best (and easiest!) way to get in some Vitamin A.

Sign up and get Real Food Remedies, a free  guide to use food as medicine.