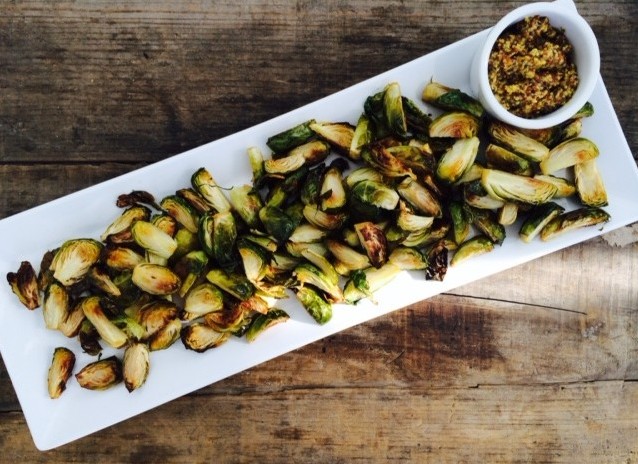 I always thought people who didn’t like Brussels Sprouts were crazy (after all, they taste so good!), but it turns out there is a real reason why some people hate them. Luckily, there is an easy trick to thwart that problem.

Brussels Sprouts can be bitter tasting. For most of the population, that’s not a big deal. But for the 25% of people who are “super tasters” they are repulsive. Super Tasters were born with extra taste buds, so they are extra sensitive to flavor. All flavors are amplified for them, so in the case of bitter foods, they can taste way too bitter for these people. If you find Brussels sprouts, kale, and broccoli to bitter or absolutely can’t drink your coffee without cream and sugar, you’re likely a super taster.

But Brussels sprouts and other naturally bitter vegetables tend to be nutritional superstars. These tiny little leafy greens are powerful detoxifiers and happen to be off the chart when it comes to Vitamin K (needed for strong bones) and Vitamin C (needed for youthful looking skin). They protect against birth defects and heart disease.

Most impressively, though, studies show that people who consume greater amounts of cruciferous vegetables, including Brussels sprouts, have lower risk of many types of cancer. That’s because they are a source of isothiocyanates, a class of phytochemicals that help our bodies detoxify undesirable compounds, which helps to stop cancer before it starts. Another compound, called sinigrin, causes pre-cancerous cells to “commit suicide” through a process called apoptosis, in which the cell dies and no longer replicates. The effect is so powerful, that according to a scientist at The Institute of Food Research in Norwich, even an occasional meal of sprouts can destroy pre-cancerous cells. Interestingly, the more bitter the sprout, the more sinigrin and cancer fighting protection it has.

(Note: According to The US Center for Disease Control and Prevention, 1-in-2 American men and 1-in-3 American women will get cancer at some point in their lifetime. Lifestyle, including dietary habits, play a large role in cancer development).

So, it would be a pity to miss out on them.

You can serve these as a super easy side dish, or pair them with other roasted veggies and quinoa for a complete meal.

Another word of advice. Whatever you do, please don’t boil or steam brussels sprouts whole. No one wants to put a ping pong size vegetable in their mouth that is cool on the outside but piping hot on the inside. Let’s be honest, they are just too bland and awkward and weird when you cook them that way. For the best flavor, they should be quartered and roasted. By slicing them in quarters, you make more surface area, which means more space for them to get slightly crispy. I find the general consensus to be that the texture of roasted sprouts are much more palatable then steamed or boiled. 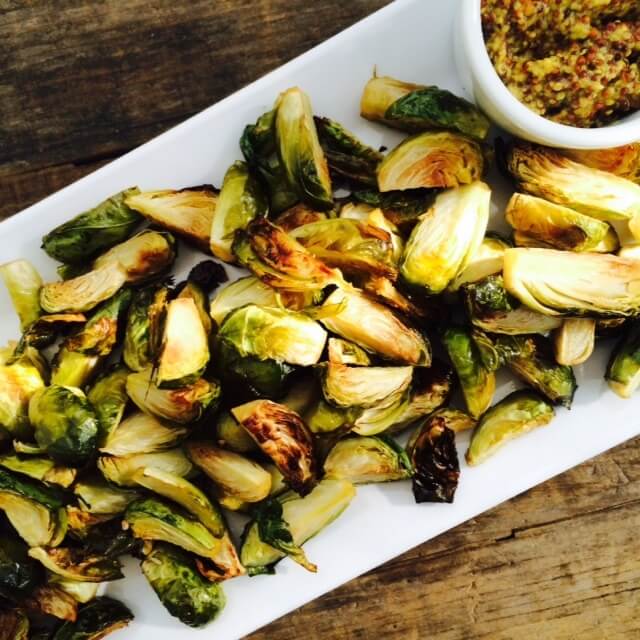 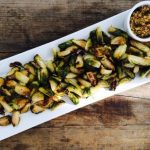 You can make garlic brussels sprouts simply by mincing 1-2 garlic cloves, and tossing with the oil and salt and pepper before baking. 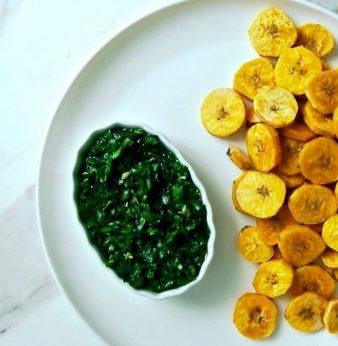 Plantains are having a moment right now, and this quick Coconut Plantains with Chimichurri recipe is a healthier take on traditional fried plantains (or tostones). 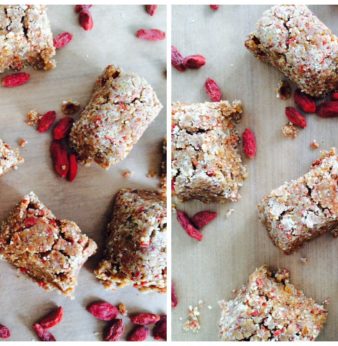 These taste just as scrumptious as the look. Whip up a batch of these babies and keep them near your desk, and you'll never have to go on a 3 pm cookie run again. 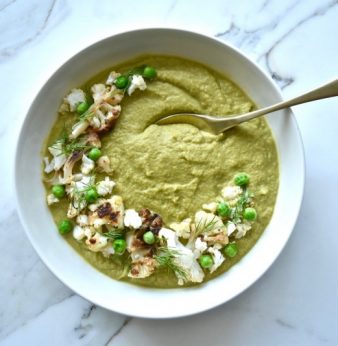 This delicious creamy pea and dill soup has a few secret ingredients that up the nutrition without detracting from the taste.